Archaeological research indicates presence of human settlements in Białowieża Forest already in a period of the 1st century BC to the 5th century AD. Settlements existing here in that period show traces of mixed influences of the Stroked Pottery and the Przeworsk cultures, and later of the Wielbark culture. In the second millennium of our era, the Forest was inhabited by various Slavic tribes. At the beginning of the 15th century also Lithuanians started to settle here.

The most interesting archaeological discoveries in the Białowieża Forest region include a burial ground of Goths belonging to the Wielbark culture, present in the north Mazowse and in Podlasie in the 2nd–3rd century AD. (D. Krasnodębski et al. 2008). It was found during a search for remains of a gazebo used by King Stanisław August Poniatowski during hunting.

In 1970s during an inventory, a four groups of mounds were identified containing cremation or skeletal burials. At Zamczysko wilderness, another form of burial from the second half of the 11th century was found – skeletal burials under cobble stones on a natural hill.

From the 14th to the end of 18th century the Forest was a royal hunting ground. Royal hunting lodges with accompanying settlements were constructed here.  In 2006, in roots of uprooted oak in Stara Białowieża wilderness pieces of stove tiles and stone stove foundations of 2m per 1m were found. When works were continued, two more stoves were found – a significant difference separating them implies that at least two buildings had to be located at that place. Decorative fragments of mantelpieces imply that they were not manufactured for a standard forest hunting lodge, but for a royal lodge of Sigismund II Augustus. The remains of Vasa’s mansion from the 1st half of the 17th century were also found in today’s Palace Park, administered by Białowieża National Park. Written sources document use of the Forest resources since the 16th century in form of hay-making in river valleys and on glades, wild bee-keeping (establishing beehives in pine trees, and collection of honey and bee-wax), and construction of weirs and fishing. In the 17th century special lease agreements authorised tenants to manufacture wood tar, anthralin and potash. Iron bog ores found are an evidence that specialists crushing the ore and smelting iron worked here. Also beaver hunters worked in the forest. 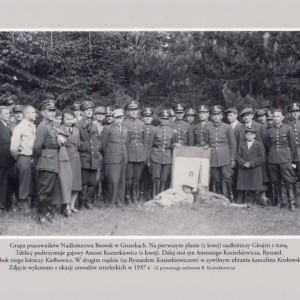 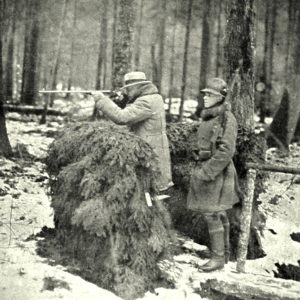 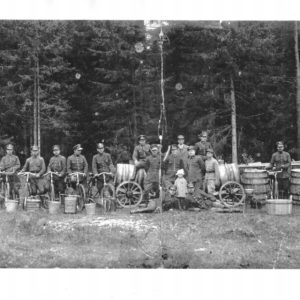 People working in the forest around 1926 roku, photo from Archive of Bialowieza Forest District (shared by P.W. Chilecki) 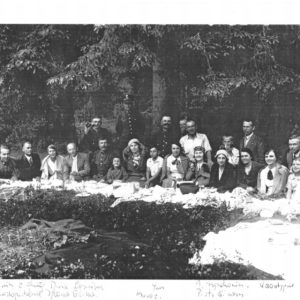 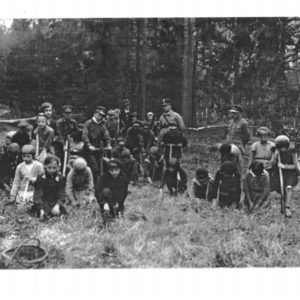 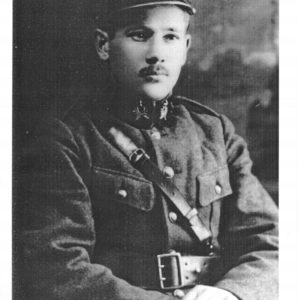